2. Boulder down the vertical area

With a safety harness tied around our waist, we climbed down this deep and steep crevice. Looking down is enough to make the faint hearted admit defeat but this is also the only way to Langun Cave from Gobingob Cave!

This is how high the drop was and this photo was taken halfway along the descent. We still needed to hike down to access the passage to Langun Cave.

These towering stalagmites would dwarf anyone. Sometimes you feel like you are a master of your own world and you can do anything. But there are moments like this where I feel dwarfed by Gods creations. And it makes me realize, I am just a small cog in a huge machine.


These are stalactites trying to kiss the ground. It's fun to pass in between them.

3. Mother of All Cave Chambers 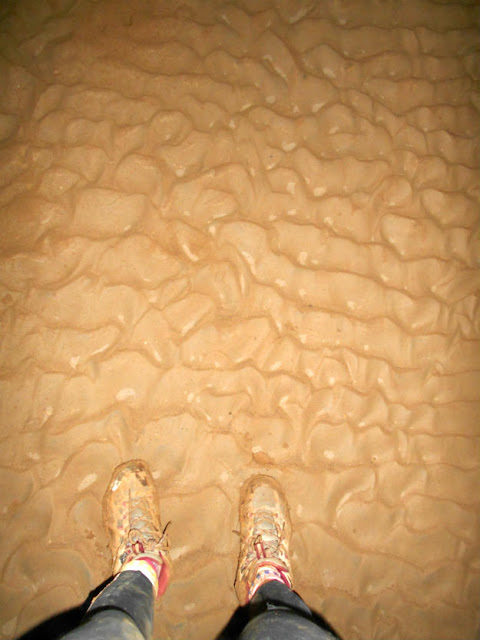 The Mother of All Cave Chambers measures 80m wide, 120m high and 3000m long. There are water pools and some areas are muddy from leaks coming from the cave's ceiling. It's interesting to take note of the wavelike patterns on the mud.

This part of the cave is cavernous! It's huge and from the distance you will slowly see the light filtering in from the caves mouth. It is refreshing to see sunlight after almost 48 hours of total darkness.

What we are standing on is the Mountain of Guano. On rainy days, this can be soft and mushy. If you stand too long in one position, you will sink to your knees. We walked on the sides as it's safer and shallower. 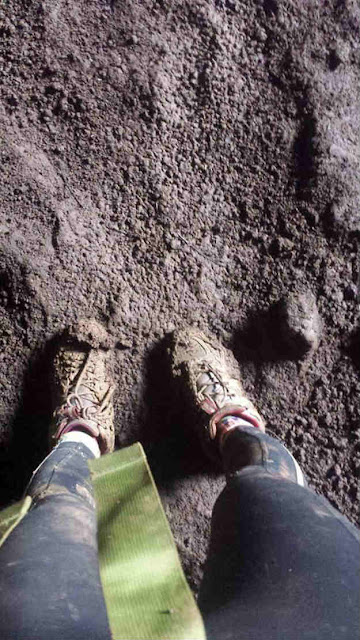 Ask me what it feels like to be in deep shit. I'm almost there. The smell was not bad though. Trust me on this as my sense of smell is so strong. I measure smells from sneezing(mild) to gagging(awful!) but this here did not even elicit a twitching of my nose.

I love the meadow. It has a beautiful carpet of green moss and there were ferns everywhere. I wish I brought my wig, wings, flower crown, and a beautiful, flowy chiffon dress so I could pretend to be an engkantada (fairy) for a couple of minutes.

I give the Girl Scout award to Ate Michelle because she was prepared for the trip. She brought engkantada props with her! So that is a tip for you there-bring a costume! 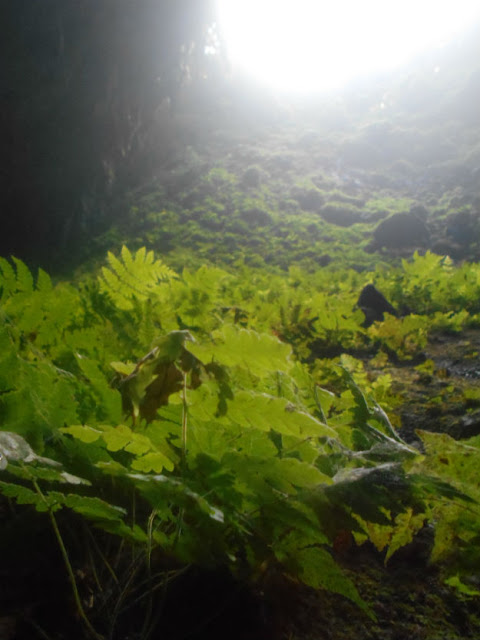 There's also a rock that was perfect for bouldering! 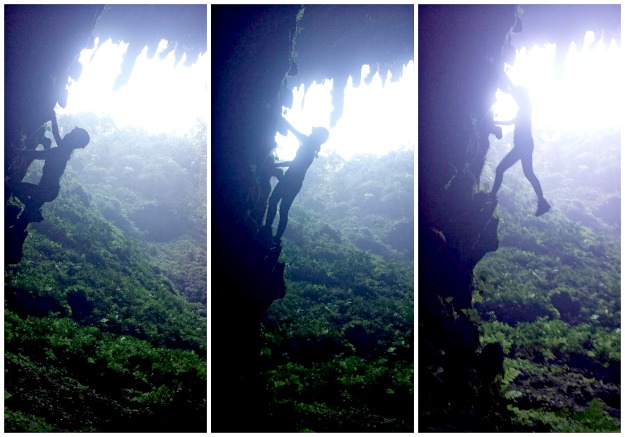 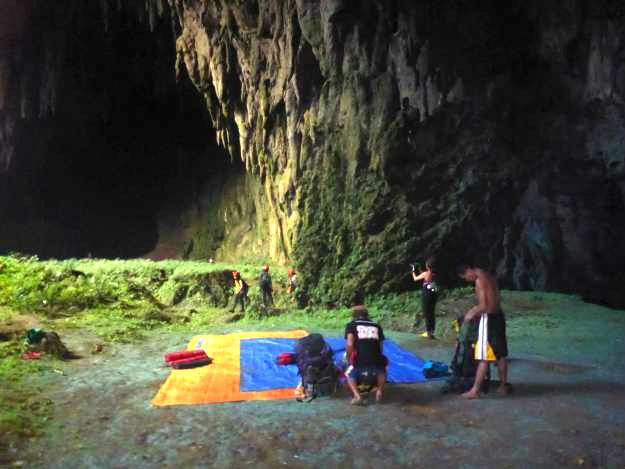 We had lunch and dinner here. We basically just napped the whole afternoon to re-energize for that night's trek.

When we were in Hpa-an, I really wanted to observe the bats as they fly out of the cave. Unfortunately, we did not get to see that.

I am thankful that I get to observe the bats flying pattern this time around. It is very interesting. At 5PM they just flew around the cave's mouth in random formation then slowly formed a circle and at about 6PM they flew off in a straight line!

To enter Lower Langun Chamber, we had a 3 meters single rope descent. Good footing was needed towards the end as we needed to jump off the rest of the way.

Sir Joni calls this part "romancing the rocks". I'd call it NSVD or normal spontaneous vaginal delivery. I felt like I was a newborn baby trying to crawl out of the vaginal canal. I even had to maneuver my shoulders laterally to get out of that small tunnel. Ok, TMI!

Most of the paths we went through were muddy so we had a lot of fun getting stuck in the mud. Apparently, the strategy that worked best was to run fast in the mud so you won't sink. Stick to the wall as well as the ground is more tightly packed in that area.

It's tricky climbing up when it's slippery.

The river trek was challenging. You can't see how deep it is so there is an innate fear of the unknown. The deepest was probably thigh high deep only. There are areas with rapids but it's not really strong. You would sometimes skip over slippery stones to get to the other side.

We dropped by a waterfall but we were standing on top of it. the rapid was strong and the drop was really high.

It's similar to the World War tunnels and it reminds me of the tunnel where the train passes through in Go Teik Viaduct, only that this is totally made by nature.

Take a peek at our back and there is a deep drop to a river.


Dozing off, hoping snakes won't crawl over us while we sleep.

We started looking like this...
But the three hour steep climb on the forest covering the cave was very challenging.

The dense secondary forest is home to different species of fauna and flora. The guides pointed out some moss that grows on the tree bark which glows in the dark.

If you engage in conversation with the local guides, you will learn a lot about the use of the different plants in the forest.


Us three hours after. The struggle is real! We ended up the day with a well-deserved bath at Mainit Spring which is not hot at all! More of this later.

If you want your own dose of extreme adventure contact: 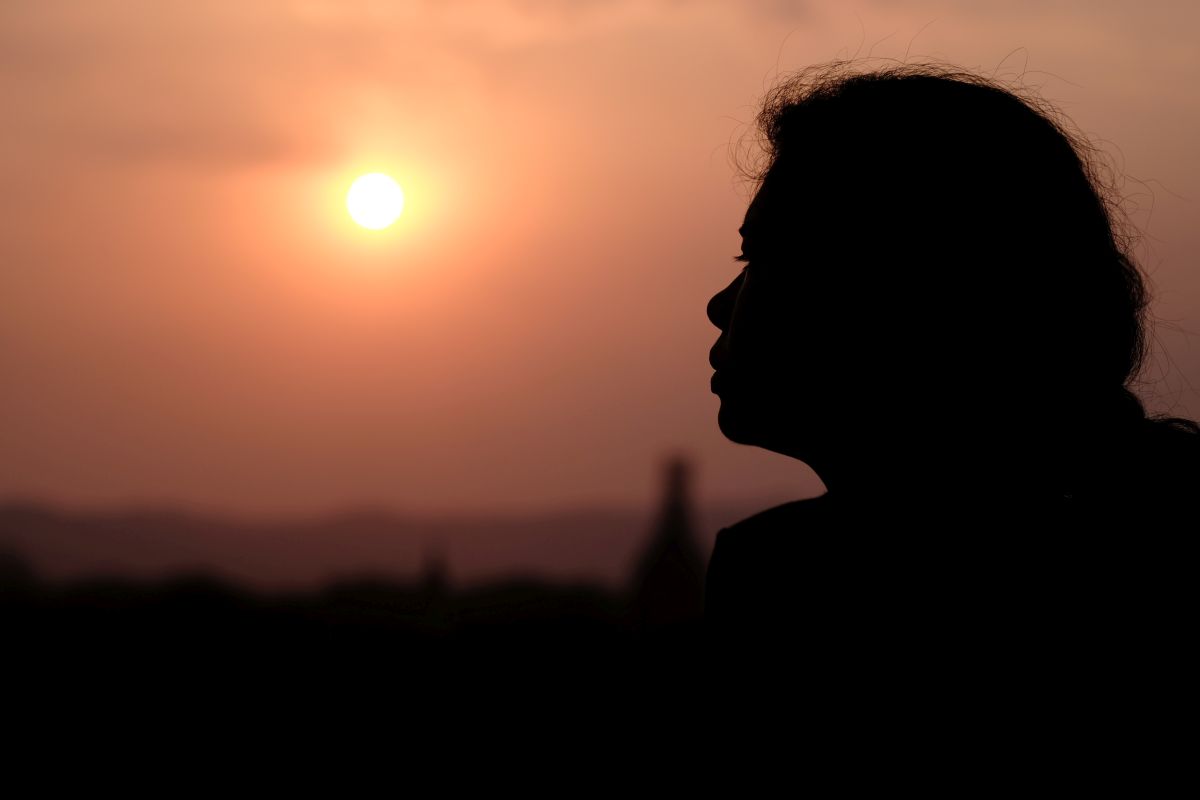